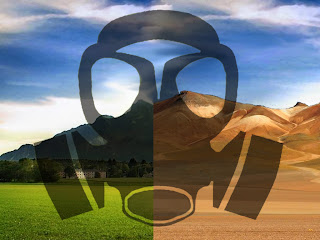 The National Geographic Channel features a popular show called "Doomsday Preppers", which explores the lives of otherwise ordinary Americans who are preparing for the end of the world as we know it. These people go to great lengths to build bunkers, gather weapons, stockpile food, and devise systems (some quite ingenious) to ensure their long-term survival should they need to "bug out" at the onset of catastrophic war, the collapse of the world economy, mass insurrection, or other doomsday event. They wait and watch carefully for signs of the beginning of the end, secure in the knowledge that they're ready.

According to the Gospel of Luke, Jesus' followers once asked him about the timeline for The End and the indicators that everything was about to hit the fan.  (You can read the passage here)  But Jesus' instructions for doomsday prepping are very different from the folks on the TV show. He says that the best way to be ready is not to be ready! What could he have meant, and what does it have to say to us in the 21st century?  Join us as we explore doomsday prepping, Christian style.

See you on Sunday!

Posted by Pleasant Street United Methodist Church at 8:53 AM